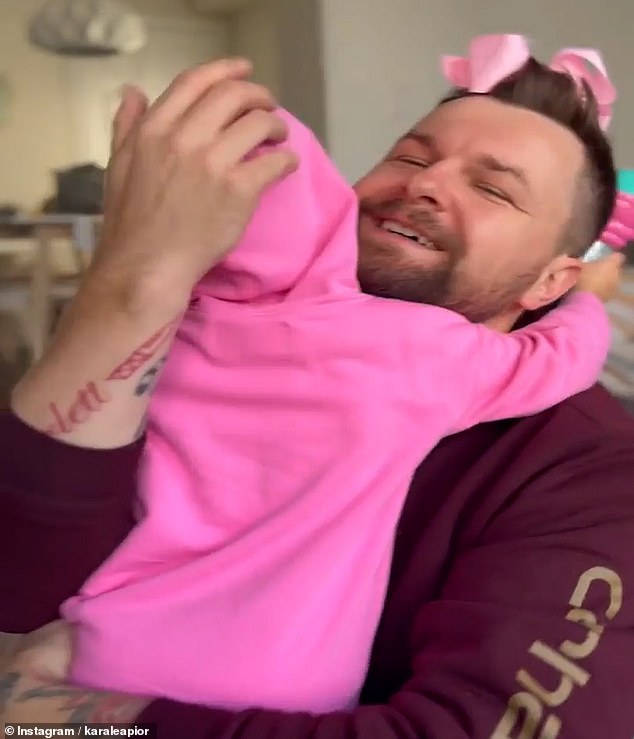 ‘And this is Daddy’s bow!’ Adorable moment two-year-old girl goes shopping for her father’s birthday presents and buys him nail varnish, fluffy unicorn slippers and a pink microphone

By Gemma Parry For Mailonline

An adorable video captures the moment a two-year-old girl picked out the perfect birthday presents for her father, including unicorn slippers, nail polish and all things pink.

Little Franki Pior was filmed by her mother Karalea in a Dollarama store in Toronto, Canada, picking out items for her father Swav, which also included a pink hair bow.

Helped by her one-year-old sister Stevie she also chose a plastic microphone, which she later used in the clip shared on Karalea’s Instagram to sing Happy Birthday to her father.

Lucky Swav also got some socks with hearts on them and a lot of toiletries.

In the footage, Franki picks up items and drops them into a bag, declaring at the end: ‘I think he’ll love that.’

With the help of her mother, she then pays for the items with the swipe of a card before heading home to celebrate.

The family are then shown celebrating Swav’s birthday, on November 19, with the father-of-two wearing the pink bow while he cuddles Franki and thanks her for his gifts.

Father-of-two Swav is wearing the pink bow picked out for him by his daughters Franki and Stevie for his birthday, being celebrated in the family’s home in Toronto, Canada 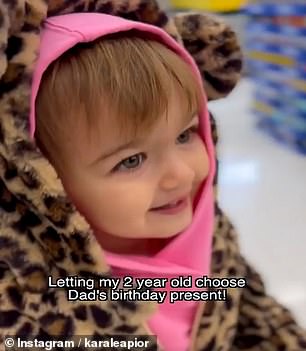 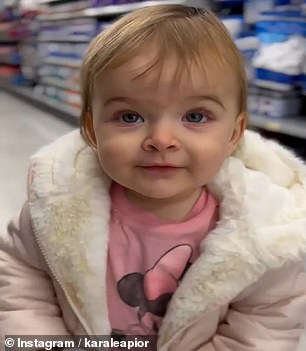 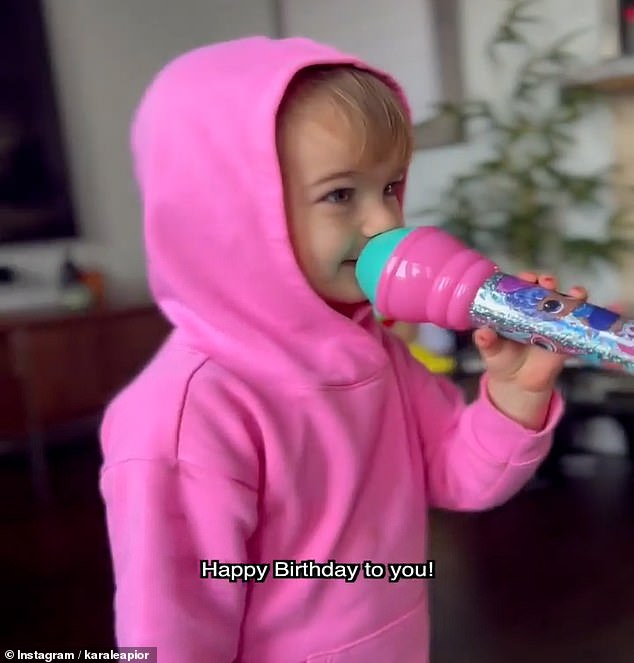 Franki, aged two, later uses the gift she picked out for her father to sing Happy Birthday to him on November 19 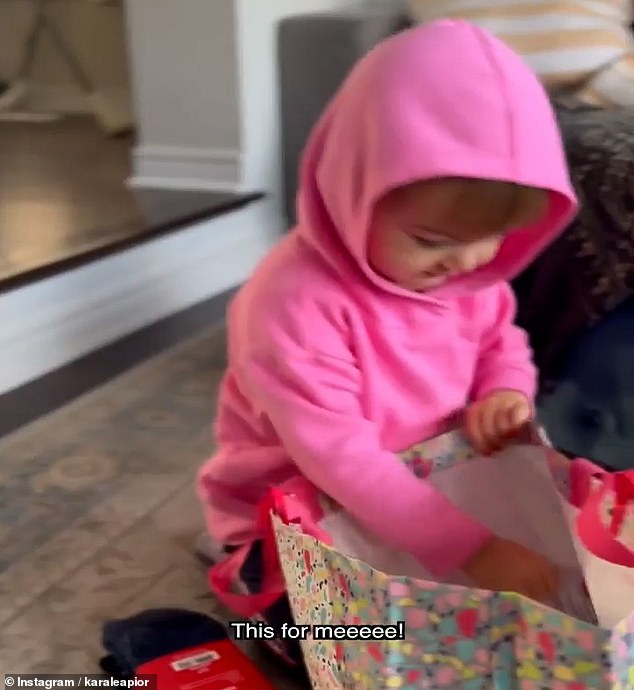 Franki is seen pulling gift after gift from a large bag before tipping the contents on the floor.

At one point, she picks out a plastic package and shouts: ‘This is for me. That’s what I wanted.’

Swav is also captured trying on his new slippers, saying: ‘They’re a little tight’. He also praises his daughter for choosing a nail varnish which matches his jumper.

The two girls have their own pages where there are a collection of snaps and videos of the pair, documenting their childhood. 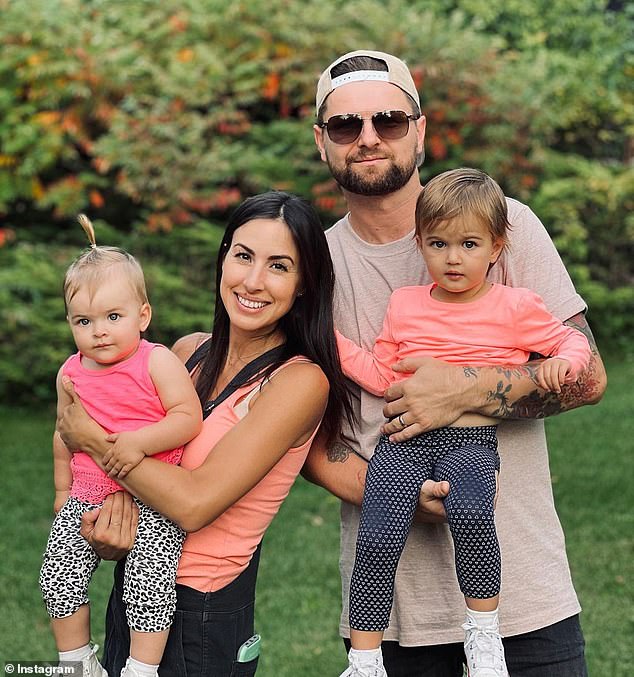 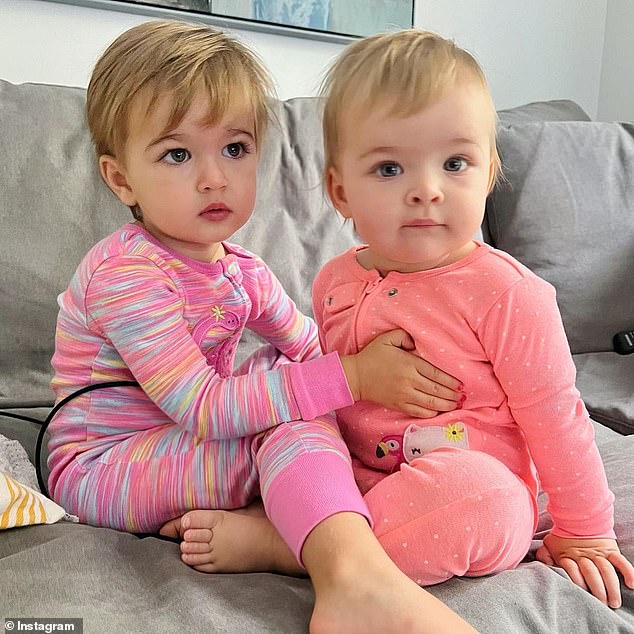 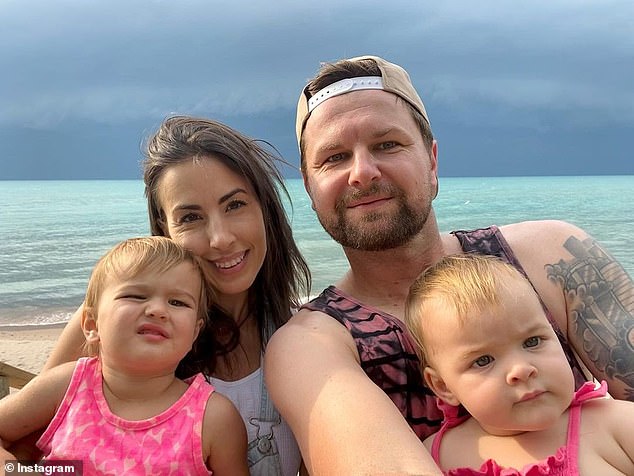 Karalea, 34, also has an Instagram account where she has racked up thousands of followers by sharing clips and snippets of the family-of-four’s life together.

Speaking to MailOnline, she revealed that it isn’t the first time Franki has lent a helping hand in picking out presents.

‘We did this once last year for Christmas,’ she said.

‘Swav thought it was hilarious. He was a great sport, and absolutely loved watching the video of her picking it all out. Franki was very excited!

‘We will be doing it again at Christmas.’