There’s controversy in the quilting world.

Using old quilts to make clothing is back in fashion, and quilters are divided on whether it’s sacrilegious or just another way to be creative. Many seesaw in between.

“There has been a lot of flare-up around using vintage quilts to make garments,” said Susie Bonder of the Omaha Modern Quilt Guild. “It’s almost as polarizing as politics these days.”

Big-name fashion designers are fueling the trend, with some selling those garments for thousands.

That’s created vehement protests from people such as quilter and writer Mary Fons, who supports quilts’ role in fashion, but draws the line at cutting apart antique quilts.

“Her premise is based on the fact that, for many years, quilting was a way for women to have a voice,” Bonder said. “It created something no one else could control. It was their idea and work. To cut those up is a disrespect to the creator.”

The combination of quilting and clothing is actually nothing new, says Leslie Levy, executive director of the International Quilt Museum in Lincoln. The practice goes back centuries and around the world. Quilting was used in clothing to add strength and warmth. Quilts were often reused because of the rarity and value of textiles.

The museum has several examples in its collection. But that doesn’t mean it supports the trend.

“In the museum world, we do not promote alterations to an original piece,” Levy said. “In the general quilt world, we see two sides. Some people feel it is wrong to cut a traditional quilt. Others like the fashion statement.”

Inspired by posts she’s seen on social media, Omahan Jillian Baird has purchased three quilts that she thinks would make cute coats. She’s found a couple while out thrifting for less than $10.

“I love it because it’s like wearing art you can show off versus it sitting in a closet and no one sees it,” she said.

But she said she also appreciates all the work that goes into the making of a quilt. She called the first one that she made for a cousin a labor of love.

Her grandmother quilted, and the family still has a sunbonnet blanket that she made.

“I know that is one my mom would kill me if I would touch,” she said.

Her friend, Nicole Engels, loves the cozy feel of a quilted jacket and, like Baird, loves all the colorful designs. She’s made a quilted jacket for her nephew and is planning one for herself.

She’s also inherited a few quilts from her grandmother. Although it’s a way of keeping the life of the quilt going, she said, she can’t bear to use them for clothing.

One of the most photographed ensembles at the Met gala last fall was rapper ASAP Rocky’s vintage handmade quilt, which he wore as a cape. The trend is also found locally.

Lincoln fashion designer Rachel Andrew has made quilted garments both times that she’s participated in Omaha Fashion Week. It allows her to turn even the simplest garment into something unique.

But she’s avoided the controversy by making the quilts she uses for her garments from the start, something that she never thought she would enjoy.

“I personally like having the control of coming up with my own designs,” she said. “My great-grandmother was a quilter. Just because of the sentimental value I wouldn’t want to cut them up.”

“That’s one of the reasons I like to create my own. I’m not cutting up someone else’s priceless work.”

Levy said there’s also a practical reason to avoid using vintage quilts in clothing: They’re often in fragile condition already and the fabric would degrade even further if the item had to be washed.

Bonder said it’s been interesting to see all the reaction to using quilts for clothing. She recently held a seminar where most purchased a comforter from the store to make a jacket, but there were a few who used quilts they had at home.

Like many, Bonder can’t fathom the idea of cutting up a quilt with history or beautiful workmanship. But she also knows many don’t feel the same.

“If they are not being used and they’re not being appreciated,” she said, “why not get them out and use them?” 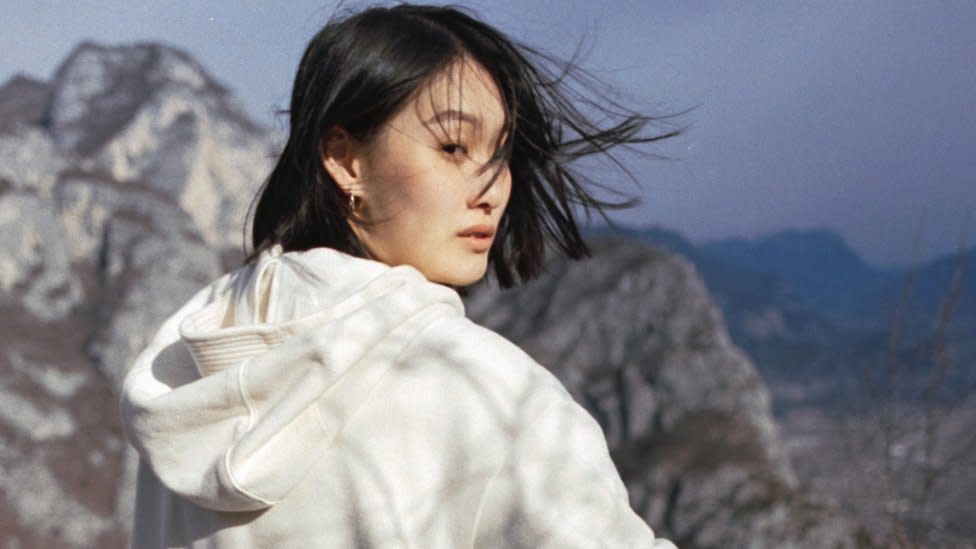