By Pat Eby
Special to the Post-Dispatch

Crozier stepped into the world of the arts in her childhood. “I’ve always enjoyed artistic and crafty projects more than anything,” Crozier says. Her creativity didn’t stop with arts and crafts, however. She also played music, the clarinet, from an early age. “In high school I had to choose to study music or art in college. I don’t know why my head didn’t go to art, but I chose music. Looking back on that time, I sometimes wish I’d gone the other way, but I got here just the same,” Crozier says.

Baubles and beads • The road to her artwork and Stranded Glass started in 1998 when her son, Aaron, went off to college and her daughter, Marissa, started high school. “I had more than enough time on my hands, so I looked for something to do. I picked up jewelry making. At the time, there were a lot of bead stores around. I went from one to the other looking for beads to use in my jewelry, but I was frustrated. I couldn’t find the bright, vibrant, in-your-face colors I like or the shapes that I wanted. Then I discovered handmade beads.”

When she encountered a woman making glass beads at an art show, she signed up for bead-making classes at City Museum, which got her started in the skill. “It was a lot more involved than I thought. I stumbled around for about a year on my own when I joined a class at Craft Alliance. They were bringing in well-known bead makers. I happened to take a class from Jim Smircich, and it was like an epiphany. I could actually center my beads and produce something symmetrical,” she says.

Soon, she was producing the handmade lampworked glass beads in the brightest of colors and fun shapes. “I took a lot of classes from different bead makers.”

How does your garden grow? • Crozier learned the skills that eventually produced her glass gardens series in another class. “I learned how to put glass on the end of a wire, then wire the different elements to a framework, which is how the Glass Gardens pieces came about,” she says.

Crozier’s business also blossomed. “Early on I joined the Best of Missouri Hands and became a juried member, which threw me into the art world. The glass world and the art world are different but they overlap. From the art world I learned to photograph my work, and to work the shows,” she says.

On the road • Crozier entered art shows, traveling in a six-hour radius around St. Louis with her husband Don. “I called my husband, Don, my sherpa. He carried stuff, set up the booth and he would even man the booth,” she says. She connected with other artists from Best of Missouri Hands at nearly every show.

“We almost thought of ourselves as gypsies. We stuck together and helped each other out. A storm would come up and blow your booth away — they would help. The shows were really hard work,” she says.

For Crozier, the camaraderie after the show closed down, having dinner with artist friends, was the best part of shows. Although she will still attend art shows, Crozier is focused now on selling through galleries and through her website.

Changes in latitude, changes in attitude • In addition to the pandemic shutdown of shows and travel, changes in her personal life led Crozier to reassess her work.

“My focus changed from artwork after my mom passed away. I helped my dad move from the family to an assisted living center. I went through their whole house, 70 years of stuff.

“After everything gets all sorted out I plan to only make things I like. I want to get refocus my work, turning away from things other people want me to do, and doing things for myself,” she says.

Like visiting her young grandkids in California and traveling to oceans and beaches.

“I’m a big fan of anything tropical. You can tell by my colors and by some of the pieces I make. My daughter, Rissa, designed my logo with the palm trees,” she says. “At some point, I should have moved near the ocean. That didn’t happen, so we get to the beach as often as we can.”

Today, she sells her very personal work through the shop Art Glass Array, and through her website.

What she makes • Crozier makes glass jewelry including earrings, necklaces and bracelets, using handmade beads, fused glass, singular statement pieces and lampworked elements. Her Glass Gardens series features bright flower forms while her Shells and the Sea series showcases her love of the ocean, the beach and its creatures.

Where to buy • Crozier’s pieces are available at Art Glass Array in St. Charles. Reach her at strandedglass.com

How much • Prices range from $16 for simple earrings to $250 for sculptural necklaces and more complex pieces.

Be the first to know

Get local news delivered to your inbox! 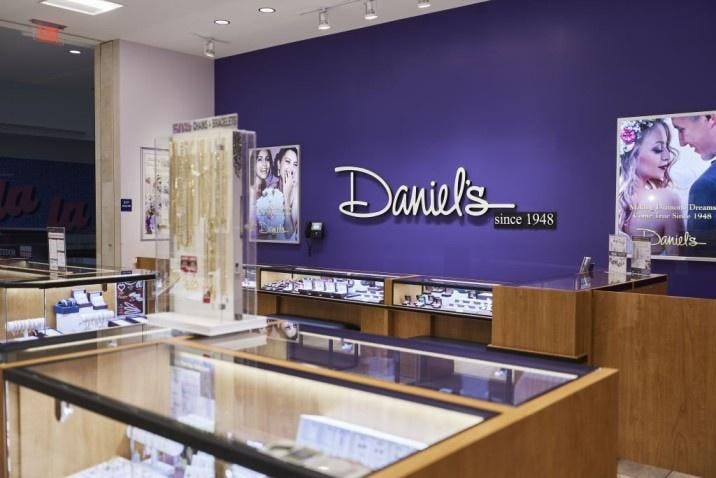