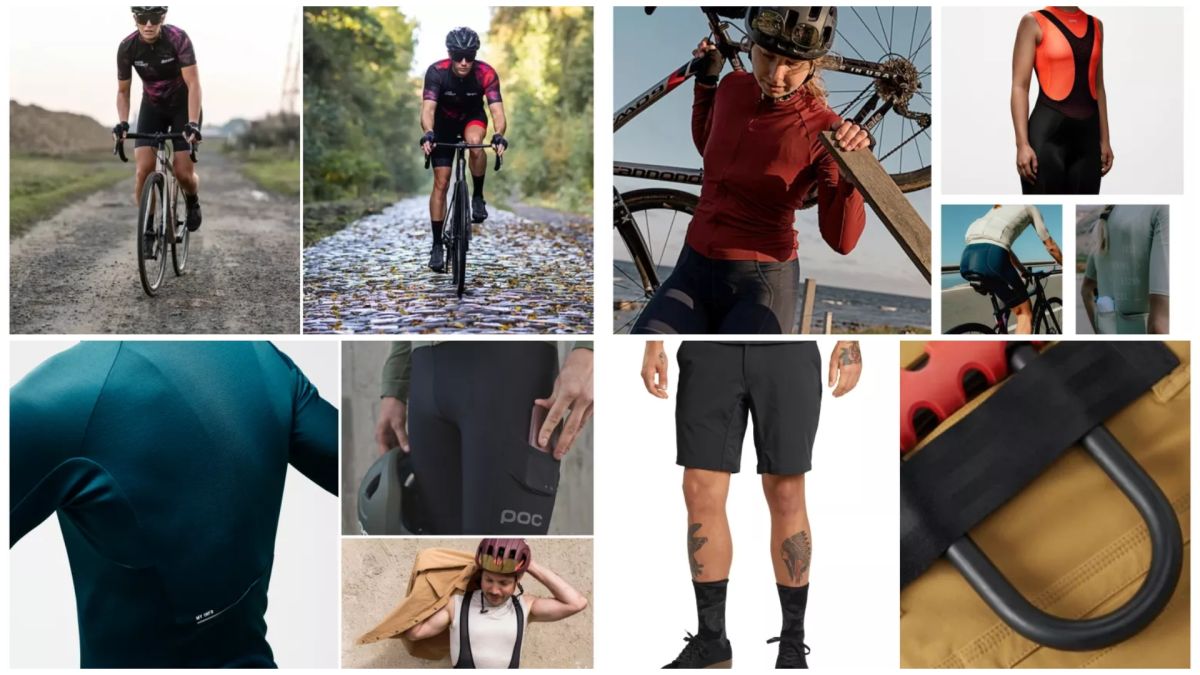 We hope you’re ready to make the most of the good weather ahead – who knows what this spring and summer will turn into, but at least we seem set for a string of good riding days right now.

We’ve got new releases from POC and Chrome, designed for fast paced riding and urban rolling – and, of course, both these separate spheres find their crossover in the world of gravel. In honour of the upcoming Queen of the Cobbles, Stantini has released a special collection that seeks to convey the challenge presented by the most hellishly difficult sectors, all through the medium of colour – so read on that.

Swedish sportswear brand POC might be best known for its helmets and glasses, but it’s got a steady line in cycling apparel, too. This week, that range has been bolstered by the launch of POC’s new season collection, with both road and gravel specific kit.

Of the women’s highlights (pictured above) there’s the Pure VPDs bib shorts (£120.00 / $130.00) combining a four-way stretch fabric with the women’s specific Catalyst silicone chamois for big days in the saddle. The reverse suspender system has been designed to make nature breaks that bit easier

Of the men’s, POC has the Rove Cargo VPDs Bib Shorts (£160.00 / $180.00) With phone sized cargo pockets and a new Vital VPDs chamois, better tuned to the demands of off road riding.

Urbanwear specialists, Chrome industries, has just released its new Folsom 3.0 Mid shorts (£110 / $123.49). Designed to cut an athletic fit that’s comfortable on and off the bike, the shorts employ a quick drying, durable, water resistant Everest fabric with 4-way stretch. For the convenient carrying of D-locks, there’s a five-bar webbed holster to the rear of the shorts.

As with many of Chrome’s products, the use of durable high-performance fabrics makes these shorts equally apt for use out on the trails, as well as the city streets. The Sutro Shorts (£120 / $133.99) serve a similar purpose, but have a longer 14” inseam compared to the 8” inseam of the Folsom 3.0 Mid, providing that bit more leg coverage.

The Bordo 6000K is an iterative update to the classic Abus 6000 folding lock. The most exciting feature is the new saddle mount, which should come in handy for those riding e-bikes with bulky batteries or smaller frames with two sets of bottles.

The lock employs an XPlus key cylinder together with 5mm thick steel bars that are tacked together with “special rivets”. The retail price is £93.95/  $139.99.

To celebrate the 119th edition of Paris-Roubaix, taking place on Saturday, April 16th, Santini has released two special collections – one in a women’s cut and another in a men’s – each featuring a jersey (£119) and a technical T-shirt.

Entitled, “L’Enfer du Nord” (the Hell of the North) the colours are said to be “inspired by the fires of hell – and the hellishly difficult stretches that the cyclists face into in the very toughest five-star sectors.”

Santini’s Creative Director, Fergus Niland, said: “Red and black dominate the collection, as does the cobblestone pattern which features on all the pieces.”

You can view the complete women’s range over here, or the instead the men’s over here.